GALACTICA awarded 50k€ in prizes for the first hackathon winners! 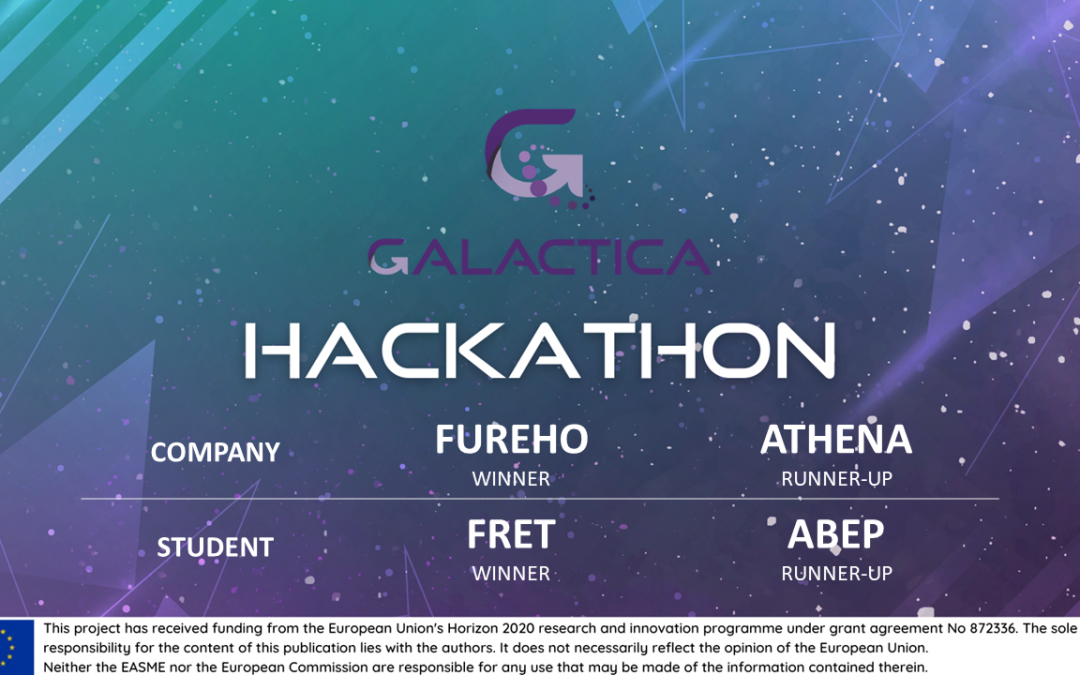 GALACTICA, held the final of the 1st Galactica Hackathon on March 19th 2021 and awarded the 50k€ pool of prizes to the different winners of each category.

The development of new industrial value chains towards higher added value products is crucial to increase the competitiveness of textile and aerospace industries. The 1st Hackathon has contributed to find new early-stage ideas that combine advanced manufacturing with aerospace and/or textile.

The competition ran from February to March 2021 in two stages. It was open to teams from SMEs, Start-Ups and Students within the European Union and UK. In total, 24 proposals were submitted in the first round of the hackathon and the top 10 teams were selected for the 2nd round. All of them have developed excellent innovative solutions for cross-sectoral value chains.

In the final round, all projects have been evaluated by experts from 10 European clusters and organisations, both from a technical and business perspective, after their final pitch.

The winners in the four categories were:

FRET: Combination of flexible printed circuit boards with textile to achieve the next generation of dynamic aerospace structures from Italy.

ABEP (project by Kreios Space): “Air-Breathing” electric propulsion for very-low Earth orbit satellites, which turns the atmospheric air into plasma and uses it to accelerate the satellite from Spain.

SMEs in the different sectors of GALACTICA (textile, aerospace and advanced manufacturing) have the opportunity to upscale their innovative cross-sectoral projects through the first Galactica Open Call for proposals launched on 16th March.

Submission is open until May 19th 17h CEST at https://calls.galacticaproject.eu/