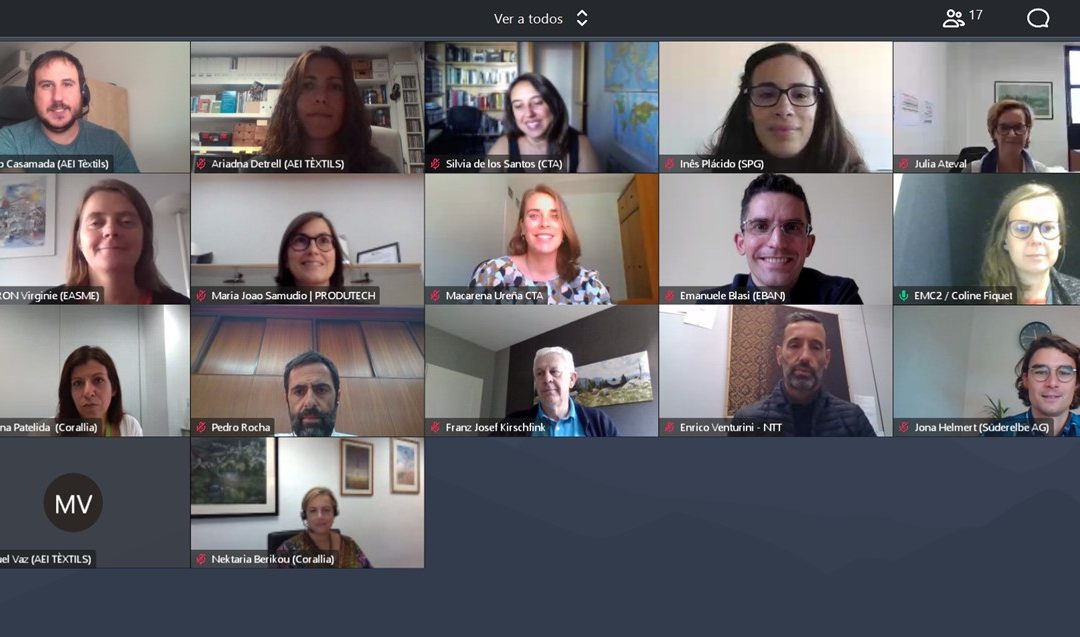 The project GALACTICA – Smart Industrial innovation as enabler to drive new value chains for textiles and aerospace, has officially started with its kick off meeting held virtually on September 28th and 29th 2020.

The project has a total budget of 5 M€ from which 4M€ are directly targeted to support SMEs to innovate with diverse mechanisms including 3M€ financial support through two open calls for proposals, hackathons and travel grants. The first call for proposals will be launched in March 2021 and the second one on January 2022.

The project will also organize a set of activities prior to each call for proposals to facilitate generation of project ideas such as workshops, matchmakings and online webinars. Due to the current situation, the first round of activities will be held mostly virtually.

During the first day of the meeting, each partner introduced their background and team involved and the European Commission, through its executive agency for SMEs (EASME), presented tips and recommendations for successful implementation.

Josep Casamada, Project Manager at AEI Tèxtils and coordinator of GALACTICA, presented the overview, ambition and general structure of core concepts involved in the project.

During the second day of the kick off meeting, the different partners reviewed the project implementation plan and the potential mitigation activities due to COVID-19.

GALACTICA team is now working on some preparatory activities and the development of the project website, which will host communication materials and agenda for the upcoming virtual events, innovation facilitating tools and the platform for managing the different calls.